As the mascot of Boiron’s baby line products, the chick “Xiaobao” has a warm and wonderful story of fate behind it...

Arnica is a small yellow flower that grows in the mountains of Europe. The mother tincture of Arnica contains excellent anti-inflammatory, analgesic, and anti-ecchymosis effects. It can quickly calm the pain, absorb lumps or bruises Injury, relieve muscle fatigue, etc. This outstanding medical effect often attracts wounded animals in the mountains to inhabit around it and use the juice of fresh Arnica to heal itself.

One day in June when the Arnica was fully bloomed, a hard-working harvester happened to find an injured and lonely chick in the flower bush. Frightened and helpless with the wounded and inflamed wings, the kind-hearted harvester put the poor chick into the pocket of his jacket and brought it to Henry Boiron's pharmacy along with the freshly harvested Arnica. 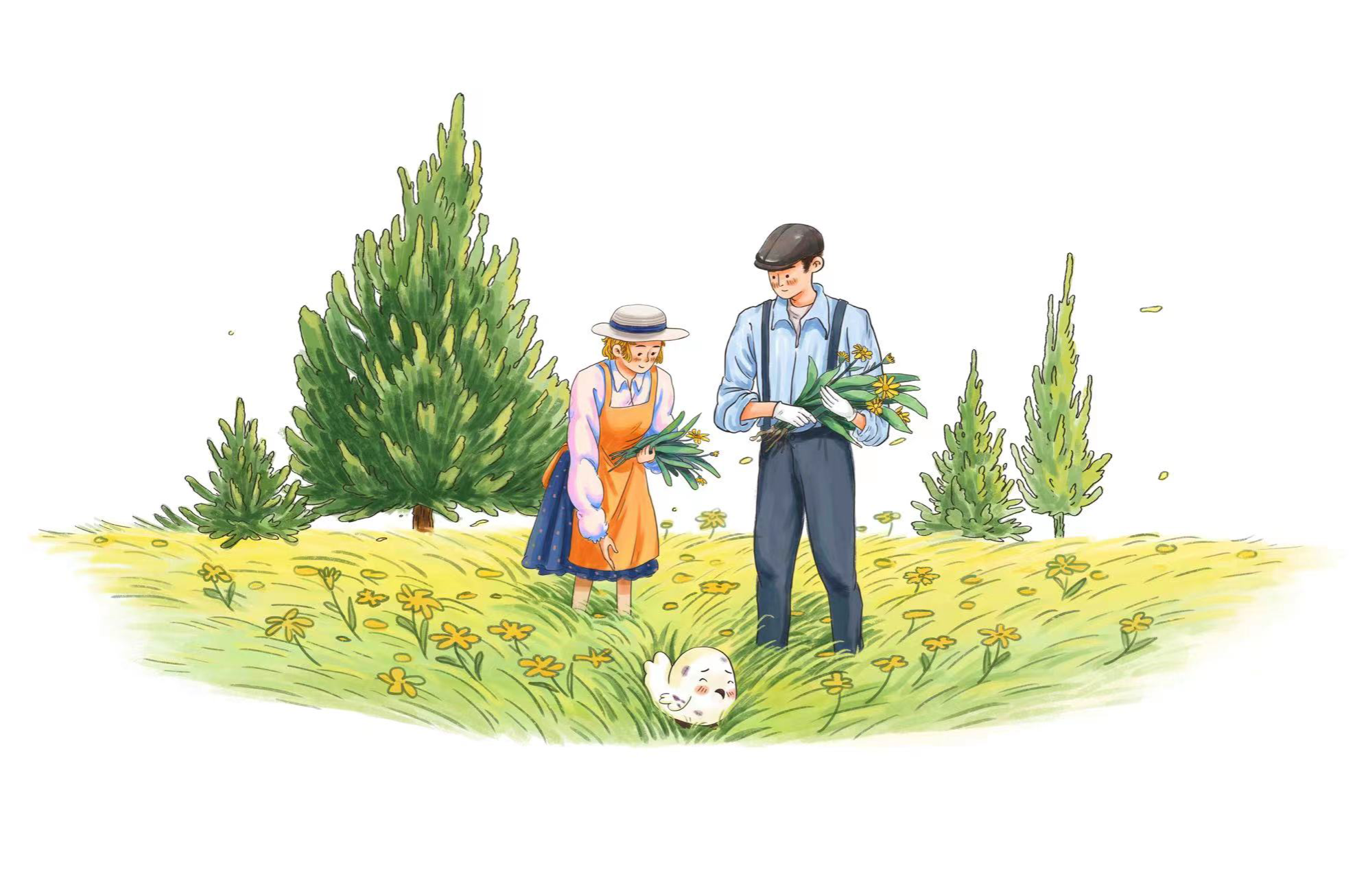 Henry Boiron's son, Christian Boiron, was playing in the pharmacy and the boy was immediately attracted to the chick brought by the harvester, patting the injured chick with love. The chick, who was a little panicking just now, responded obediently to Christian Boiron's enthusiasm without any shyness, as if meeting a long-lost friend. The harvester was moved by the friendship between Christian and the chick at first sight and he left the chick in Henry's pharmacy for the healing, suggesting that he could stay and play with Christian after the recovery. 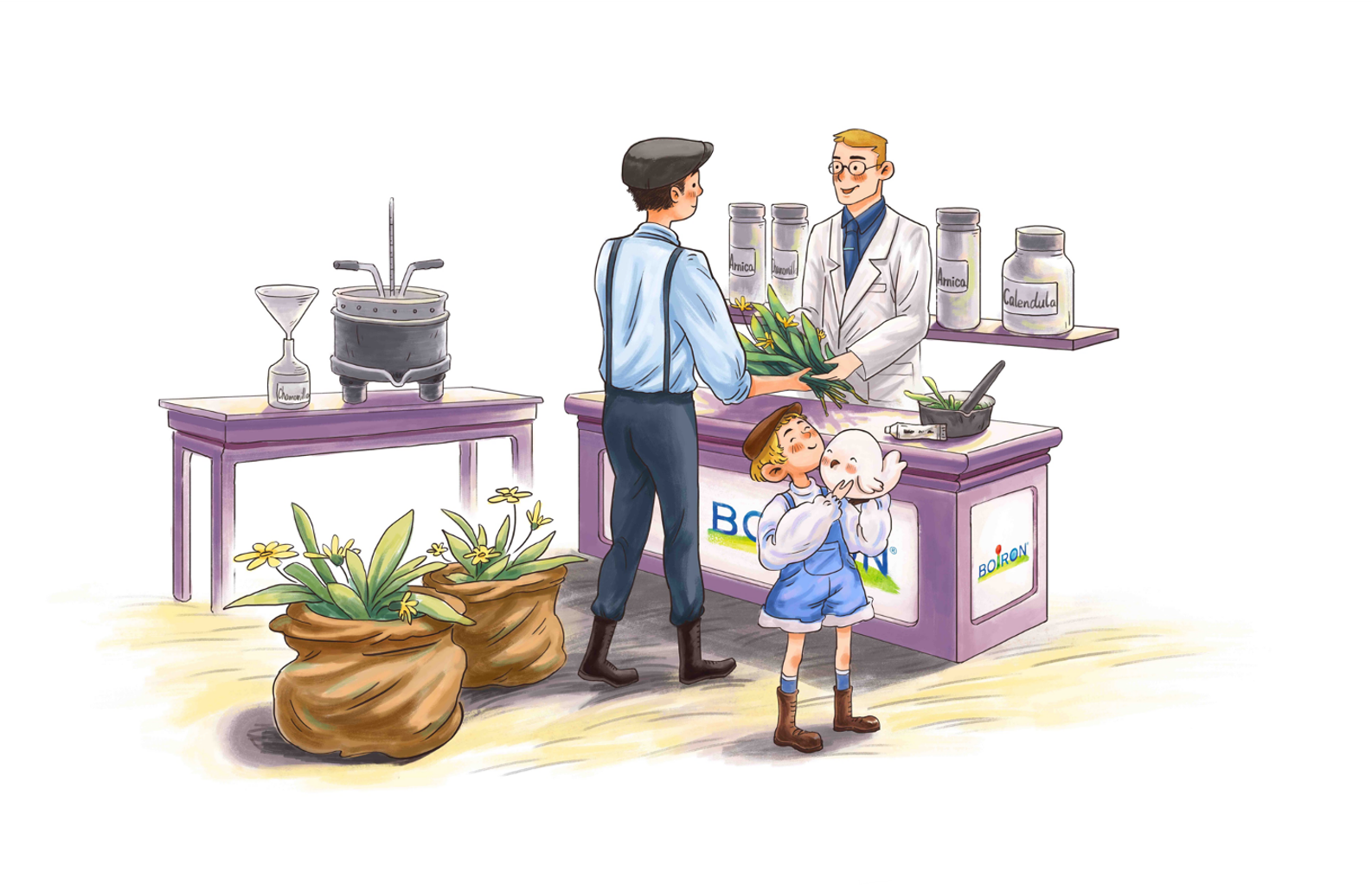 Henry used the Arnica extract to heal the chick. Under Christian's meticulous care, the chick quickly regained its health and vitality. Christian named him Xiaobao, and unknowingly became Christian's indispensable playmate and a member of the Boiron family. He grew up with the boy and became the boy's best friend in childhood, witnessing the growth and happiness of children.

Xiaobao, Arnica, and Christian Boiron... Because of this wonderful encounter, the three who had no connection at first met and connected, showing the vigor and vitality of the new life. It has always been the Boiron Brothers' ardent expectation to let all newborns grow vigorously. To bring such healthy and beautiful wishes to more children and families, the Boiron brothers decided to use the chick as the witness of the product and gave it the title of "BOIRON Chick - Xiaobao", which become the representative of the BOIRON mom and baby line. Since then, BOIRON mom and baby products represented by Xiaobao have become essential for families, witnessing the growth of many children, and safeguarding the health of every family member. 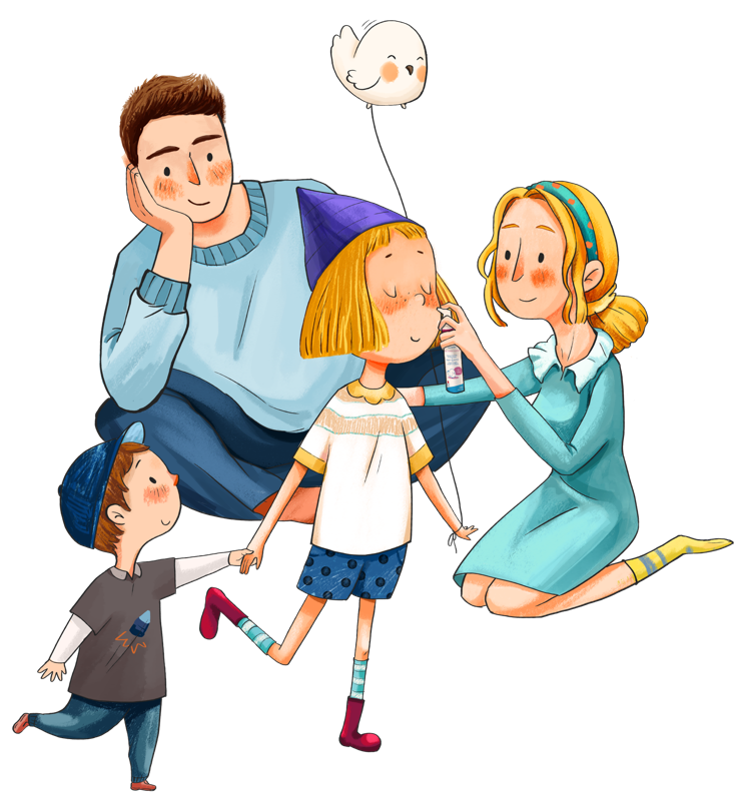 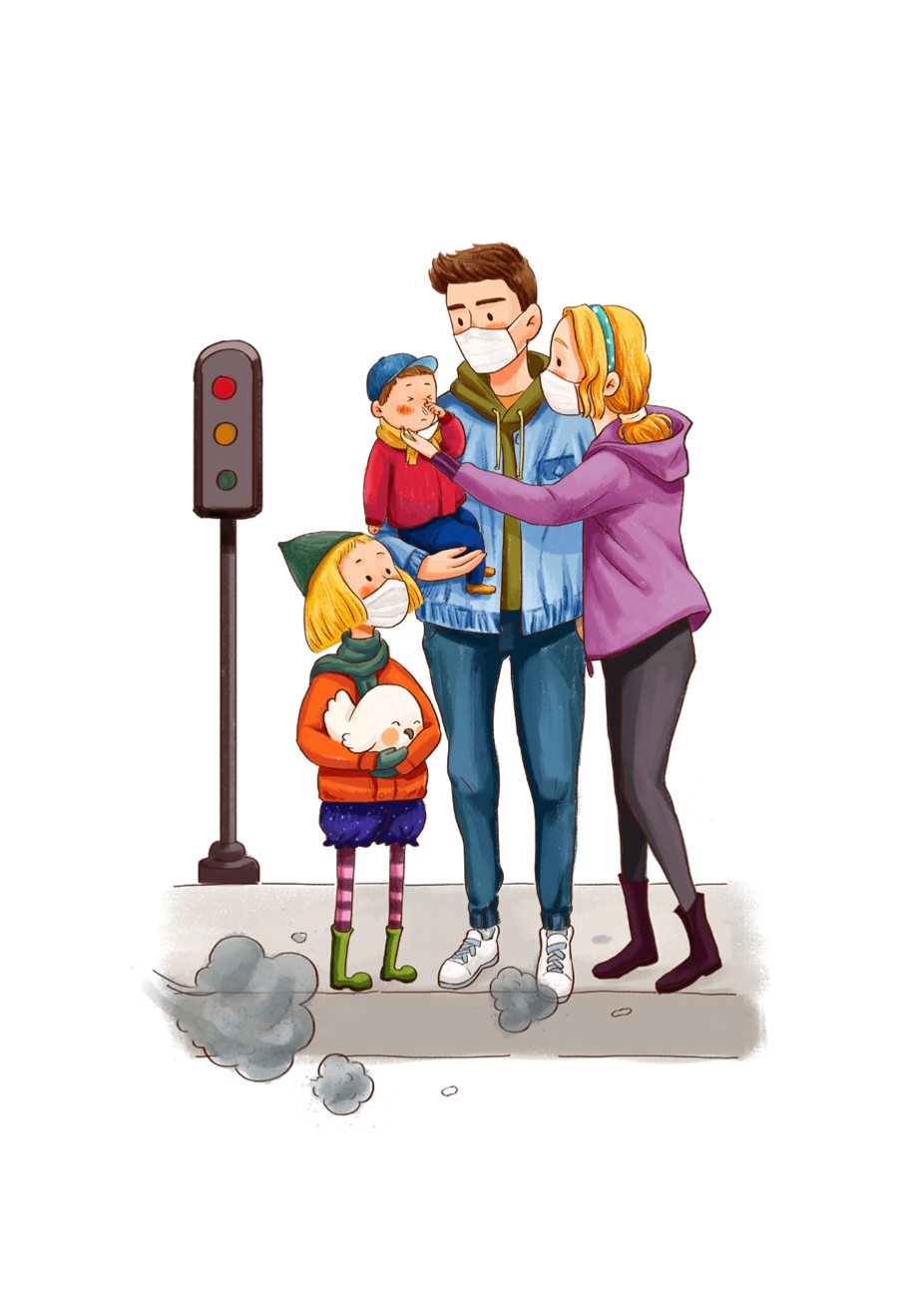 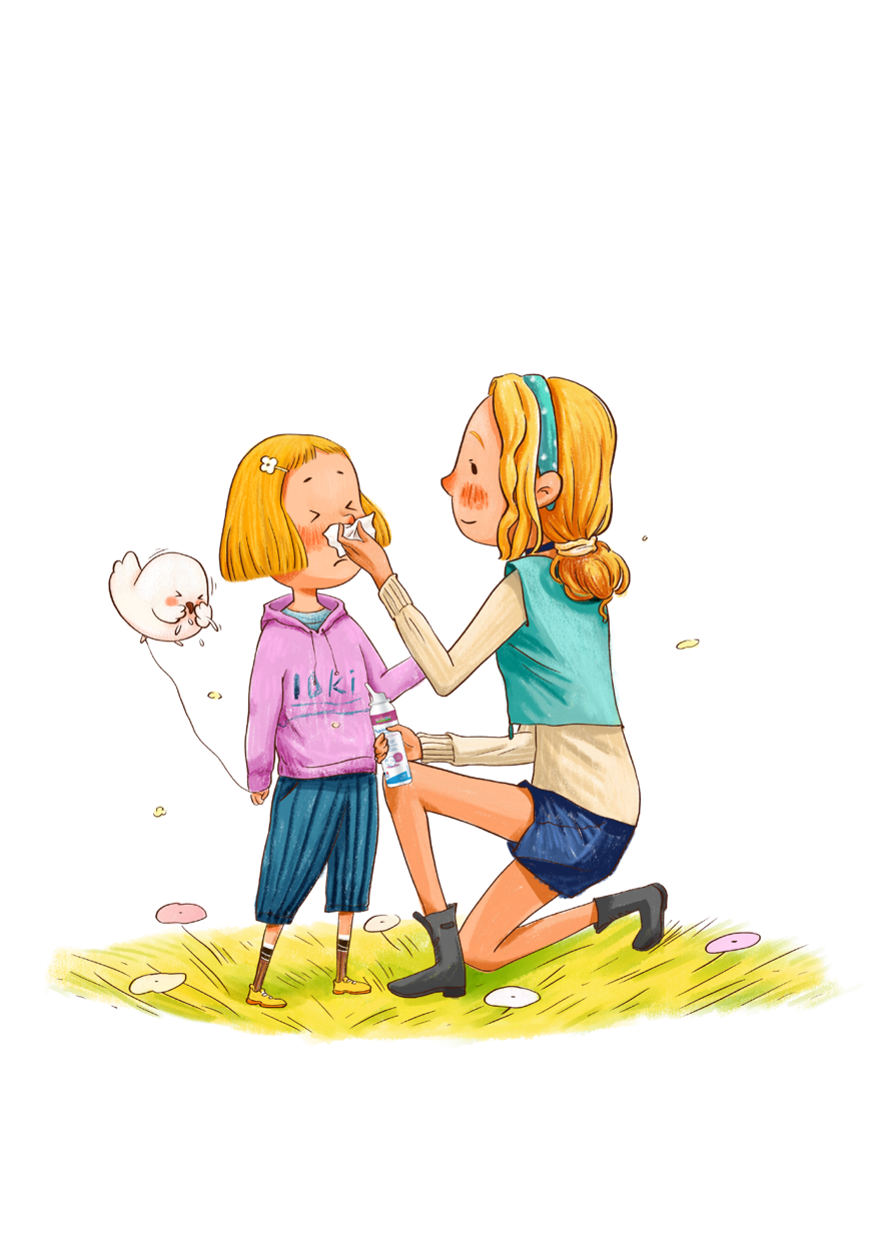 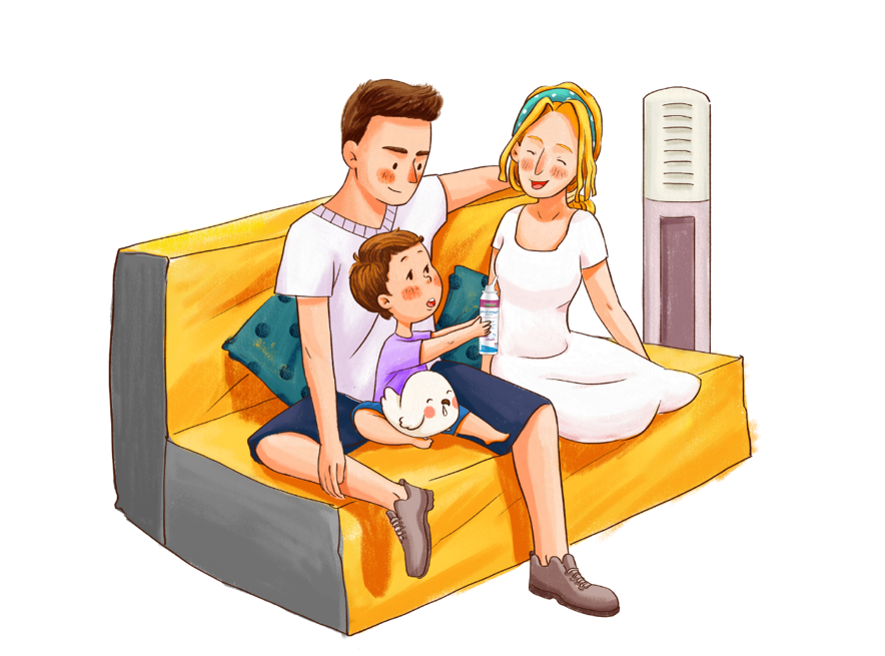